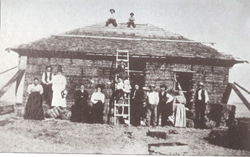 Strawbale buildings were first constructed in the USA in the late 1800s, when baling machines were invented. The settlers on the plains of Nebraska were growing grain crops in an area without stone or timber which could be used for building. They built houses with the bales as if they were giant building blocks, where the bales themselves formed the load bearing structure. The settlers discovered that these bale houses kept them warm throughout the very cold winter yet cool during the hot summer, with the additional sound-proofing benefits of protection from the winds.

This early building method flourished until about 1940, when a combination of war and the rise in the popularity using cement, led to its virtual extinction. In the late 1970s, Judy Knox and Matt Myrhman among other pioneers of the strawbale revival rediscovered some of those early houses and set about refining the building method and passing on this knowledge to environmental enthusiasts.

The first straw building in the UK was built in 1994, and today approximately 1000 new structures are being built annually all over the world.

There are two basic styles of strawbale construction. 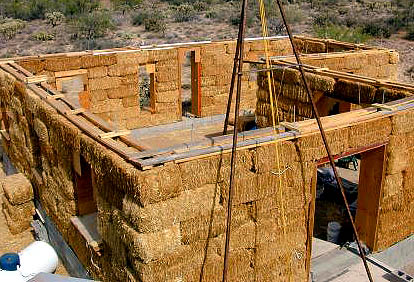 Load-bearing also called Nebraska - pioneered by the Nebraskan settlers in the USA. In this method, the bales themselves take the weight of the roof, which means there is no other structural framework. They are placed together like giant building blocks, pinned to the foundations and to each other with coppiced hazeland have a wooden roof plate on top. This is the simplest and very fast method but rather for smaller constructions where maximum unsupported (unbraced) wall length is 6m. 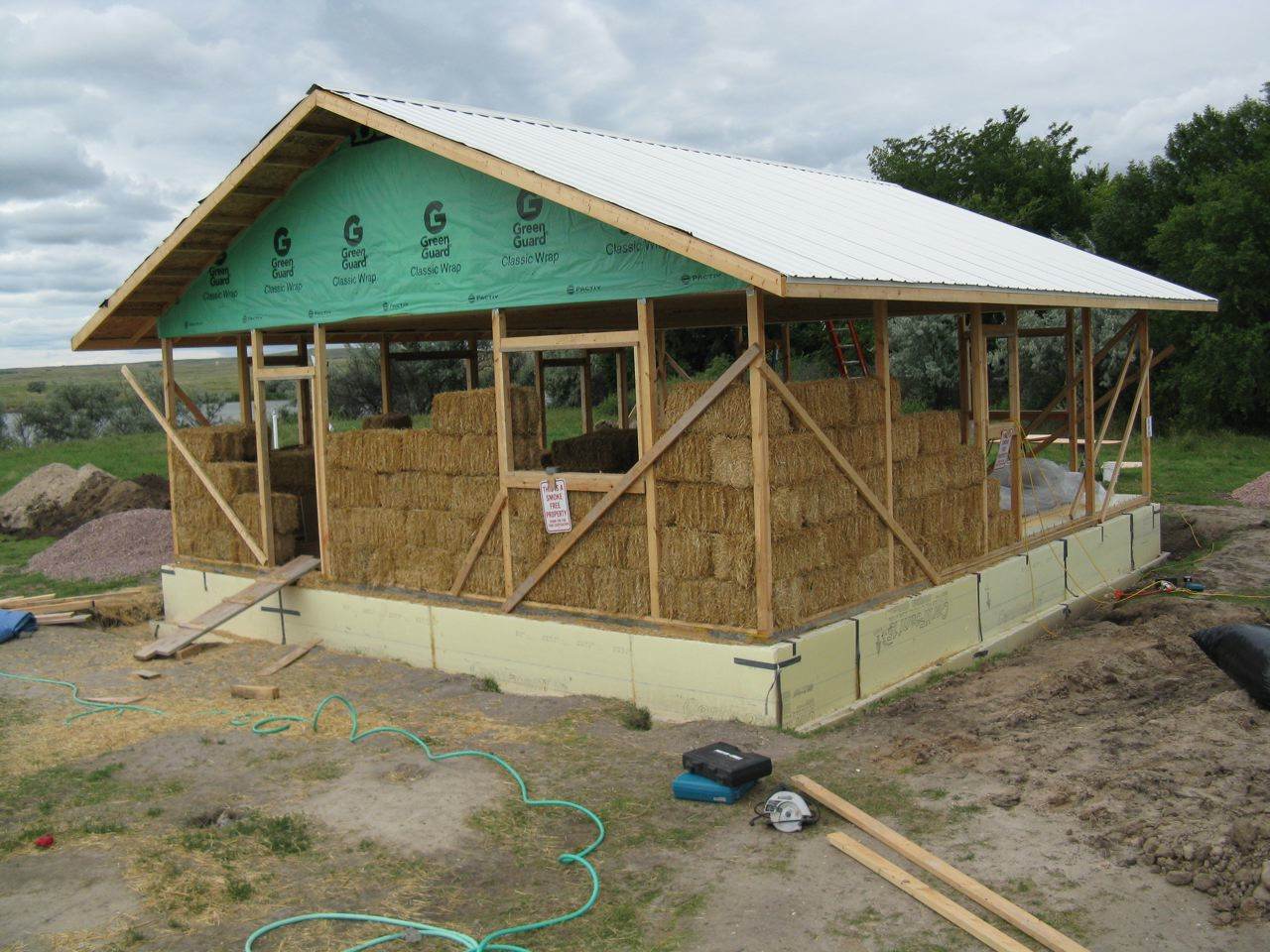 Post and beam also called Timber Frame, has become predominant style, as is more readily acceptable to building officials, lenders and insurers. Straw bales are used as infill panels between or around a structural frame and the weight of the roof is carried by a wood. This method requires a high level of carpentry skill and uses substantially more timber than a load-bearing design, but provides a bigger stability for the construction. 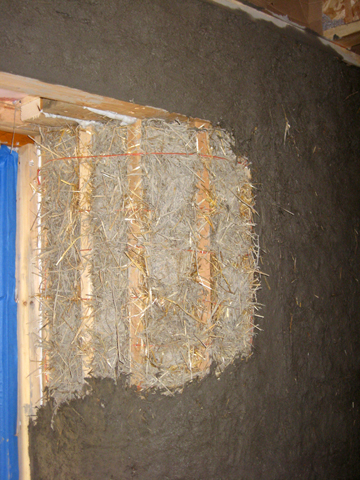 Irrespective of the style, all strawbale buildings are plastered. Straw, being a breathable material, functions best when used with similar materials. Various mixtures of materials as earth, sand and lime are covering the straw and make it fireproof.

Benefits of building with straw

Warning: count(): Parameter must be an array or an object that implements Countable in /home/minoecoc/public_html/templates/jsn_yoyo_pro/html/com_k2/templates/default/item.php on line 152

Tagged under:
back to top

Photographs & Texts by Minoeco are licensed under a Creative Commons
Attribution-NonCommercial-ShareAlike 4.0 International License.